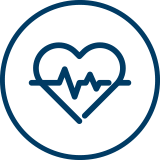 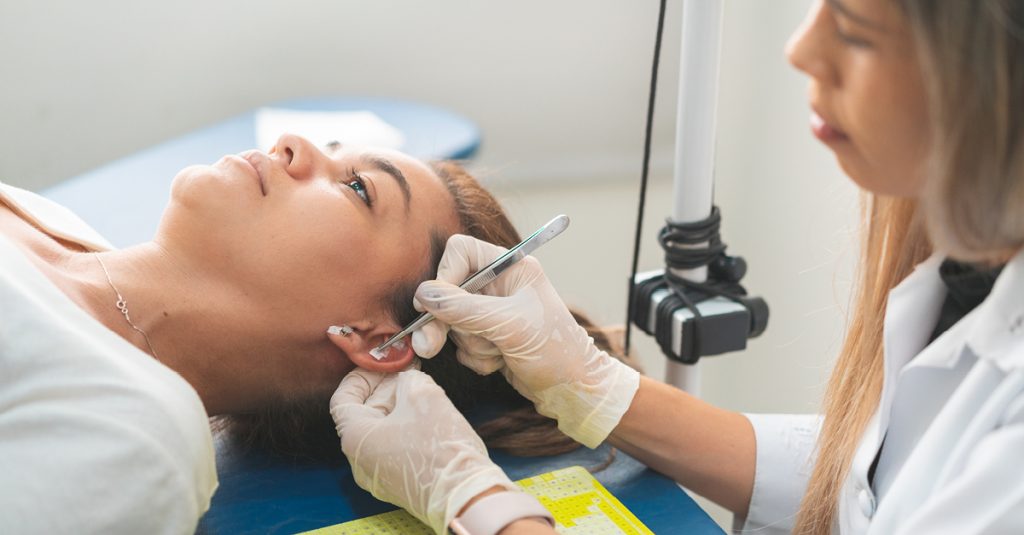 Acella Pharmaceuticals, LLC, is partnering with Ericca Burke, a board-certified licensed acupuncturist, to bring greater awareness to the importance of thyroid care and education. This post was sponsored by Acella Pharmaceuticals and should not be construed as medical advice. Please talk to your doctor about your individual medical situation.

Auriculotherapy is the practice of stimulating acupuncture points on the ear. This can be done with acupuncture needles, electrical stimulation or acupressure from the fingers or ear seeds.

History of Auriculotherapy and Ear Acupressure

While auriculotherapy has been documented in ancient Chinese and European texts dating back to previous centuries, the practice became popularized in the 1950s by a French doctor named Paul Nogier. He showed how the external ear contains a microsystem of the human body, and he mapped the anatomy of an inverted fetus to the ear. Nogier saw that the groupings of acupuncture points on the ear correspond to various parts of the body.

Outside of the acupuncture world, many parts of the body have been identified as microsystems, or self-contained subsystems located within a larger system. For example, foot reflexology is a practice in which the foot has been mapped to the parts of the whole body. Nogier used this idea to see if he could determine how the ear could be a microsystem of the whole body. He determined that when he looked at the shape and structure of a fetus (baby in the mother's womb), and turned it upside down as it would be during its birth, it could be mapped to the ear to group and identify the body parts affected by the various acupuncture points.

In his mapping, the baby’s head corresponds to the ear lobe, the baby’s back goes up the outside of the ear, and the baby’s feet are mapped to the top of the ear. He work made auricular acupuncture more popular and his ideas and mapping are still used today.

There are hundreds of acupuncture points on the ear that correspond to various points on the body. These points activate nerve endings in the ear that send signals to the brain. The brain then communicates with the area of the body in need of treatment.

Acupressure is the application of pressure to acupuncture points. Points on the ear can be activated with finger pressure or ear seeds. Ear seeds are one of the most popular options to consider, and they are simple enough to use at home. The term “ear seed” refers to a small sphere placed on an acupuncture point on the surface of the ear that is held in place with adhesive tape. It exerts a gentle pressure on an acupuncture point and can be pressed with the fingers for additional stimulation.

Traditional ear seeds use an actual seed. This is a small black seed from the vaccaria plant which is said to have healing properties. The vaccaria seed is the perfect size, shape and texture to stimulate an acupuncture point on the ear. Most ear seeds have a square adhesive backing that looks like a small Band-Aid and holds the ear seed to the surface of the ear. Ear seeds also come in stainless steel or gold-plated balls and with clear adhesive tape that can be used by people who are allergic to latex. Fashionable finishes, such as Swarovski crystals, are also available and look like jewelry in the ear.

Ear Anatomy and Sections that Correspond to Parts of the Body People are often surprised to learn that the ear has many regions that are home to hundreds of acupuncture points. Below is an overview of the ear anatomy and their corresponding parts of the body.

Helix - Targets Allergies, Immunity & Skin Issues The area at the top of the ear is called the helix. Points on the helix are used to treat allergies, immunity and skin issues. It is the outermost circular ridge that wraps from the center of the ear, where it attaches to the head, and around to the outer earlobe.

The helix is divided into three parts:

The ear also has a structure called the antihelix, which is a Y-shaped ridged area that is located opposite to the helix.

The antihelix has two sections:

The tragus is the flap of skin located where the lower front of the ear connects to the face. It covers the opening to the ear canal. The tragus has points that correspond to the nose and throat as well as the adrenal and pineal glands.

Across from the tragus is the antitragus, which is a curved ridge just below the antihelix tail. Points on the antitragus are related to the head and brain and can be very helpful when treating headaches.

The U-shaped area between the tragus and antitragus is called the intertragic notch, and this relates to the pituitary gland and hormonal disorders.

The earlobe is the soft fleshy area that is found at the bottom of the ear. Points on the earlobe affect the head and face.

The depressions in the ear are identified as fossas and conchas. Fossa refers to a crevice.

There are two fossas:

Triangular fossa, which is at the top of the ear and in between the Y-shaped branches of the antihelix. The triangular fossa relates to the pelvic cavity.

Scaphoid fossa, which is located between the tails of the helix and antihelix. The scaphoid fossa is associated with the upper extremities.

Conchas - Targets Abdominal & Thoracic Cavities Conchas get their name from conch seashell because the twist and turns of the ear resemble a conch shell. There are also two conchas:

Cymba concha, which is the depression just above the root of the helix at the center of the ear The cymba concha relates to the abdominal cavity.

Cavum concha, which is located below the root of the helix and just outside the opening of the ear canal. The cavum concha relates to the thoracic cavity. The best combination of auriculotherapy points to support the thyroid will vary based on the diagnosis made by a Chinese medicine practitioner. Many treatments will begin with the Ear Shen Men Point, which is located in the upper outer corner of the triangular fossa. This point is a very calming point and is known to strengthen the effectiveness of other points when they are used together.

There is also a point specifically for the thyroid that is called the Thyroid Point. This point is located at the bottom of the antihelix tail. In patients with hypothyroidism, this area of the ear can appear to have more of a white coloration than the rest of the ear.

In Chinese medicine, the kidney is associated with hormones as well as the thyroid. The Kidney Point is located in the upper region of the cymba concha and close to where the ear joins the face.

Another point to consider is the Endocrine Point. This point is located at the center of the inside wall of the intertragic notch. It can be used whenever there is a hormonal issue in the body. This point has a direct effect on the endocrine system and works to bring hormonal levels to homeostasis.

When choosing points, it is important to examine the ear to look for any discolored, swollen or tender areas to guide the proper selection and placement of points.

Auriculotherapy: A Solo or Combination Therapy

Auriculotherapy can be a great addition to an acupuncture treatment. Needles are often inserted into points and into the ear as part of the overall treatment. Ear seeds also can be applied during or after a treatment that involves needles. In this case, the patient leaves the office with ear seeds in their ears to continue the treatment at home.

Auriculotherapy, and ear seeds in particular, can also be used as a standalone treatment. Some Chinese medicine practitioners conduct entire treatments with auriculotherapy alone. Bodyworkers, such as massage therapists, can also be trained to provide ear seed treatments. When considering an ear seed treatment from someone who is not a licensed acupuncturist, be sure to confirm that they are a certified ear seed practitioner.

Ear seeds can also be applied by patients at home. Ear seed kits are available that include all of the tools and instructions for application and removal. Ear seeds are a great option for patients who are afraid of needles or want to treat themselves at home. Browse by Category
Connect with Us 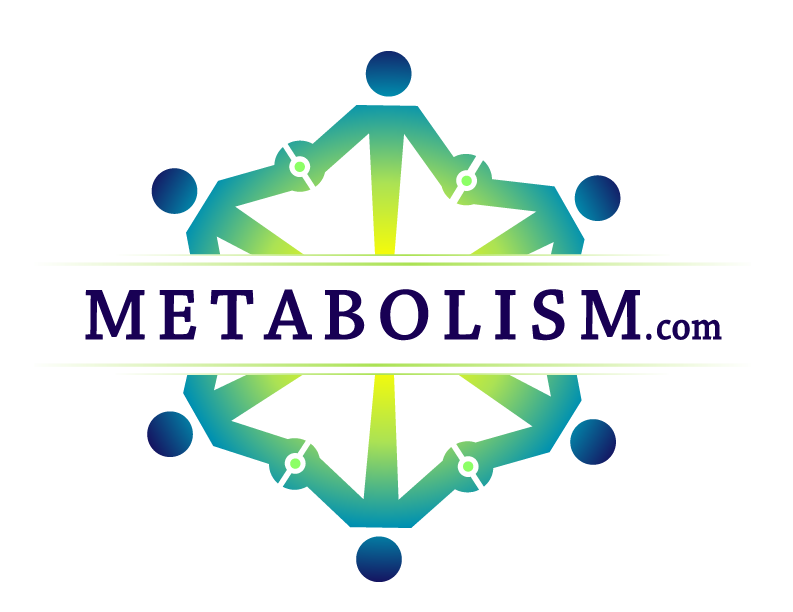 NP Thyroid® (thyroid tablets, USP) is a prescription medicine that is used to treat a condition called hypothyroidism from any cause, except for cases of temporary hypothyroidism, which is usually associated with an inflammation of the thyroid (thyroiditis). It is meant to replace or supplement a hormone that is usually made by your thyroid gland.

NP Thyroid® is also used in the treatment and prevention of normal functioning thyroid goiters, such as thyroid nodules, Hashimoto’s thyroiditis, multinodular goiter, and in the management of thyroid cancer.

We use cookies to personalize content and ads, to provide social media features, and to analyze our traffic. We also share information about your use of our site with our social media, advertising, and analytics partners, who may combine it with other information that you’ve provided to them or that they’ve collected from your use of their services. Scrolling down on this page constitutes an acceptance of the terms.
Manage SettingsAccept All
Manage consent

This website uses cookies to improve your experience while you navigate through the website. Out of these, the cookies that are categorized as necessary are stored on your browser as they are essential for the working of basic functionalities of the website. We also use third-party cookies that help us analyze and understand how you use this website. These cookies will be stored in your browser only with your consent. You also have the option to opt-out of these cookies. But opting out of some of these cookies may affect your browsing experience.
Necessary Always Enabled
Necessary cookies are absolutely essential for the website to function properly. These cookies ensure basic functionalities and security features of the website, anonymously.
Functional
Functional cookies help to perform certain functionalities like sharing the content of the website on social media platforms, collect feedbacks, and other third-party features.
Performance
Performance cookies are used to understand and analyze the key performance indexes of the website which helps in delivering a better user experience for the visitors.
Analytics
Analytical cookies are used to understand how visitors interact with the website. These cookies help provide information on metrics the number of visitors, bounce rate, traffic source, etc.
Advertisement
Advertisement cookies are used to provide visitors with relevant ads and marketing campaigns. These cookies track visitors across websites and collect information to provide customized ads.
Others
Other uncategorized cookies are those that are being analyzed and have not been classified into a category as yet.
SAVE & ACCEPT